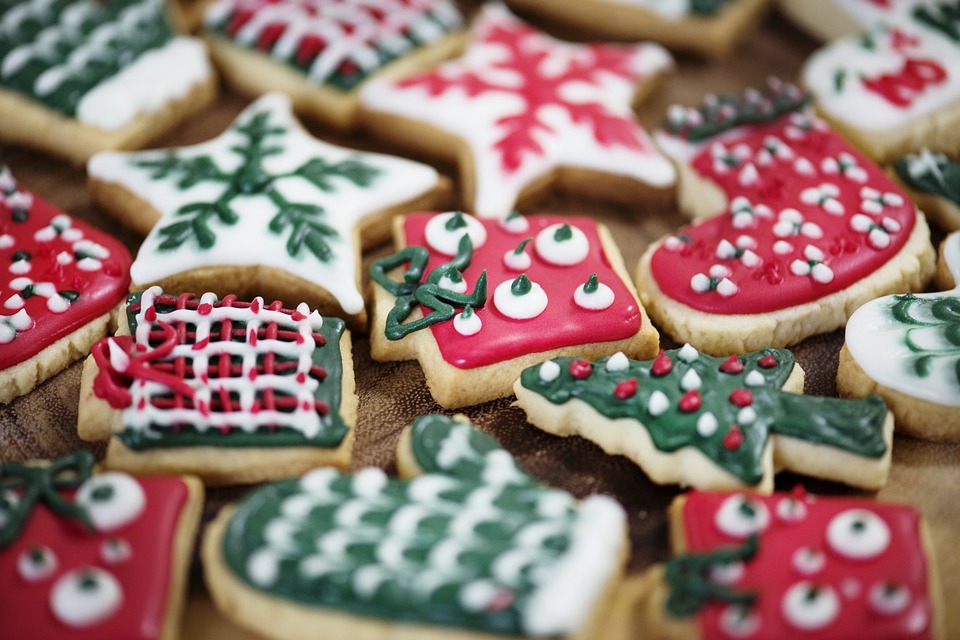 You probably know the feeling: you’re at yet another holiday party with a tray of tempting cookies. You told yourself earlier that you’d only have one but when the time comes, you stack your plate with three and eat them all. Maybe you’re hungry, maybe you’re stressed, or maybe you had a few drinks. There are a lot of reasons why our self-control fails, despite our best intentions. During the holiday season there are often even more chances to make impulsive choices that go against the goals we set, like eating too many sweets or spending too much money on Cyber Monday deals.

The concept of self-control implies that we should be able to exert control over our actions. Impulse control originates in the brain where the electrical impulses between certain cells must be regulated. The amount of top-down control that we have on these electrical impulse varies a lot based on personality and factors in our environments. Let’s take a look at what we know about some of the neural circuitry underlying self-control and at what we can do to give our self-control a boost through the holidays and the new year.

What is self control?

Based on our decision making, some neurons send signals that regulate when and how much each type of neuron fires, a process called top-down cognitive control. That means that neurons from certain parts of the brain send signals for when to excite and inhibit downstream neurons based on what behaviors you want to do. You can think of it like the way you press the gas and brake pedals in your car to tell it when to move and stop. Several prefrontal brain regions are involved in top-down control of impulsive behaviors, including the dorsolateral prefrontal cortex (dlPFC) and the orbitofrontal cortex (Figure 2).

The dlPFC is part of an executive control network and helps with making a lot of complex decisions. It performs top-down control of behaviors by sending signals to other brain regions telling them when to fire to initiate or inhibit behaviors (Figure 3). In lab experiments, the dlPFC and other regions involved in cognitive control were activated when participants tried to suppress craving tempting foods, suggesting that this activity inhibits craving in parts of the brain that are more involved in processing emotion and reward1.

With this system in place, the brain can exert top-down control over downstream circuits that lead to specific behaviors. Researchers can use many tools to study different types of self-control.

One way to study control of impulsive behaviors is through motor response inhibition tasks, like a Go/No-Go task. For example, a person might have to press a button when they see a green circle but not respond when they see a red X. Scientists can look at which brain areas are activated when at red X appears and the person must inhibit their urge to press the button. These types of tasks are also useful for studying the neural mechanisms of impulse control in monkeys and rodents. In one study that used a similar task, researchers found that the presupplementary motor area (PMA) is highly involved in preventing an inappropriate motor response, suggesting that this region provides top-down control of some types of impulsive motor behaviors2.

Other decisions can be more complex, like deciding between spending money now to go see a movie versus putting it into a savings account for a vacation later. Neuroimaging studies have shown that the dlPFC is more active when people exert self-control by choosing options with bigger rewards that require waiting compared to smaller immediate rewards3. These classic delay discounting tasks require making choices between, say, receiving $5 today or $10 in a week. Several brain regions are involved in calculating the subjective values of each choice and deciding which one to pick. One study identified a network of activation in the medial prefrontal cortex, posterior cingulate cortex, and ventral striatum that was associated with the difference in subjective value between choices4. Individual people with greater scores on an impulsivity scale had reduced activation in the prefrontal cortex, suggesting that this region typically helps to prevent impulsive decisions.

What factors determine self control?

While some days it feels easy to follow through on our goals, on other days self-control is more challenging. Why it is harder to resist tearing into a bag of potato chips after a particularly stressful day at work?

When your brain is busy thinking about other things like a challenging project at work, your self-control is diminished. Participants who performed a delay discounting task immediately after a difficult working memory task prefered smaller immediate rewards rather than waiting for a bigger reward later5. They also had decreased activation in the dlPFC and increased activation in the amygdala when making delay decisions after doing a challenging cognitive task. This suggests that when you are using a lot of cognitive energy to do something challenging, you might have less ability to make decisions that require self-control.

Similarly, another study investigated changes in decision-making circuitry following acute stress6. First, half of the participants underwent a brief stress manipulation where they had to put their hand in ice water. The other half were controls who did not receive any stress. Next, all participants had to make decisions between tasty junk food and healthier food options. The participants who were stressed before making their choices were more likely to choose foods based on tastiness. The stress manipulation increased functional connectivity (the amount that brain regions signal to each other) between the ventromedial prefrontal cortex (vmPFC, an area involved in assessing the value of rewards) and limbic areas associated with emotion, like the amygdala. Additionally, increased stress levels were associated with decreased connectivity between the dlPFC and the vmPFC, indicting impaired self-control.

Alcohol also increases impulsive decision-making (which you can read more about here!) which is one reason you might find yourself eating a whole pizza after a night at the bar.

Whether your New Year’s resolution is to train for a marathon, save more money, or drink less alcohol, you’re going to need self-control to form new habits. Penn psychologist Angela Duckworth suggests a strategy called situational self-control where you plan ahead to avoid being in situations where self-control is especially difficult7. For example, you can keep junk food on a high shelf out of sight rather than on the counter or study in the library instead of in your bed. By setting yourself up to make good choices ahead of time, it becomes easier to resist temptation and achieve your goals.