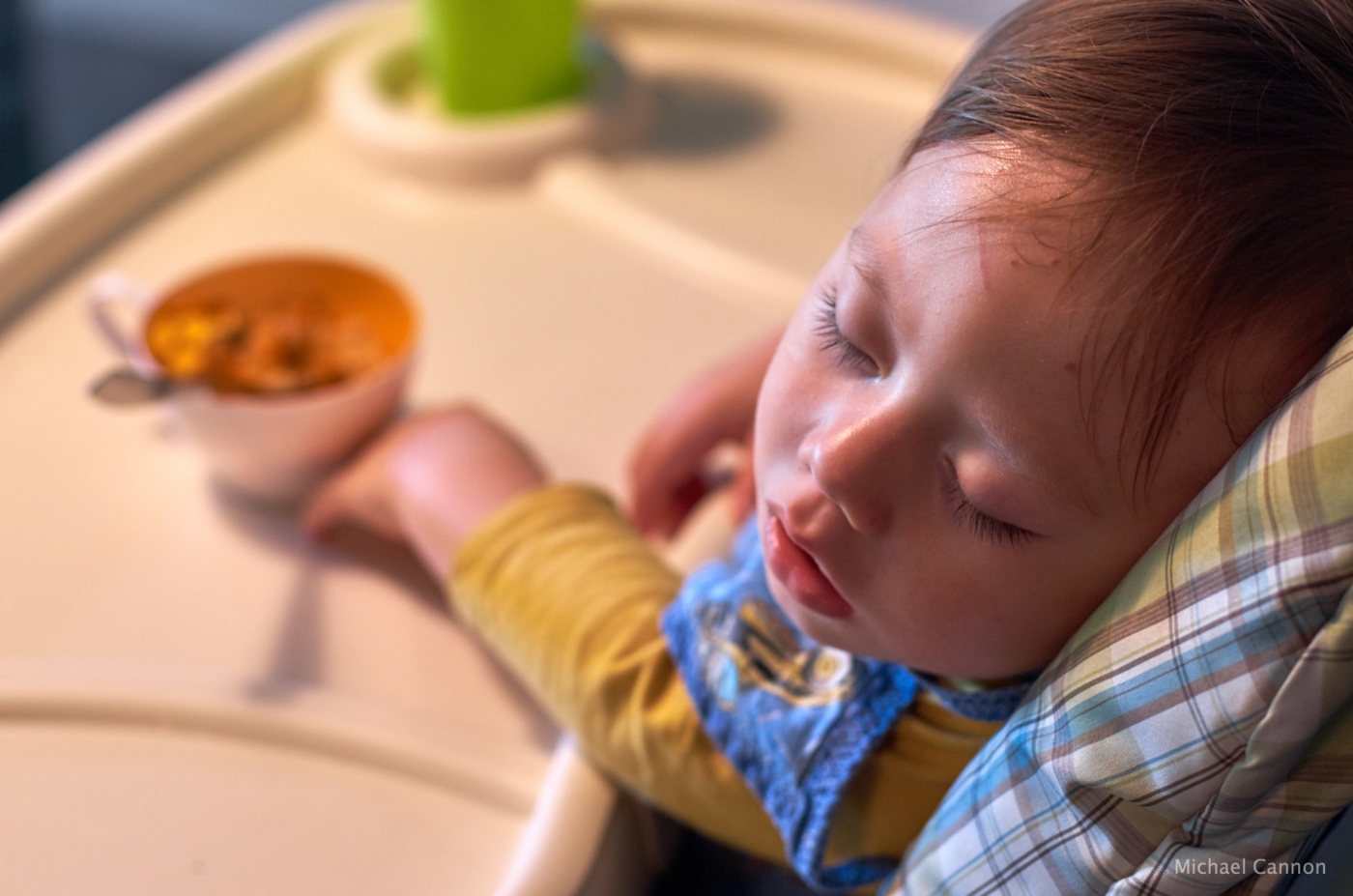 For me, the holiday season revolves around 3 things: family, friends, and food. Thanksgiving, a holiday that literally revolves around sharing a meal with loved ones, was just last week! While the turkey and endless side dishes are the most well-known Thanksgiving traditions, there is another tradition that is arguably a close second: the post-Thanksgiving dinner nap. For years, people have blamed this “food coma” on tryptophan, an amino acid found in turkey, acting in the brain. However, the truth, like so much in science, is a bit more complex.

So what about tryptophan?

The idea behind the tryptophan theory of food comas originally came from the fact that tryptophan is found in turkey, which is most commonly eaten on Thanksgiving, when the most extreme cases of postprandial sleep – the scientific term for “food coma” – tend to occur. The science behind this idea makes sense. Once in the brain, tryptophan is converted to serotonin, a neurotransmitter that can cause us to feel relaxed or even sleepy. However, turkey isn’t the only source of tryptophan! Most protein-based foods actually contain tryptophan, meaning that we are consuming this amino acid any time we eat a large meal containing protein. Additionally, the amount of tryptophan we eat – even on Thanksgiving – isn’t enough to raise brain serotonin levels to the point where it would cause sleepiness. So if tryptophan isn’t the culprit behind food comas, do we know what is?

Why is it so hard to study food coma?

It might be surprising to learn that we know so little about such a seemingly common phenomenon. However, it has been difficult to study the neuroscience behind postprandial sleep because this behavior varies widely between individuals. For example, maybe your dad is a notorious post-meal napper, while your sister doesn’t seem to be affected by large meals. With such a wide range of postprandial sleep, it becomes harder and harder to determine exactly what causes this to occur. This doesn’t mean that we are completely clueless though; through some clever animal and human experiments, scientists have found that there are a few likely food coma culprits.

Larger meal sizes (holiday dinners, anyone?) seem to be the strongest contributor to postprandial sleep. In one study examining postprandial sleep and its effects, scientists found that higher calorie lunches (922 calories) can exacerbate existing feelings of sleepiness and lead to more driving impairments compared to lighter lunches (305 calories).1 It’s not only humans that experience food comas; fruit flies get them too! Researchers noticed that fruit flies tend to sleep for a short period after a meal before returning to their normal active state. When they allowed the flies to eat different sized meals, they found that postprandial sleep time increased with meal size, with the flies that had eaten the most spending the most time asleep post-meal.2 But why do large meals increase postprandial sleep? It may involve your peripheral nervous system sensing the fullness/expansion of your stomach. When rat pups are nursing, they experience more sleep as the volume of milk in their stomach increases (up to 4% of their body weight). Interestingly though, this increase in sleep isn’t dependent on milk, or any other food source for that matter. When the pups’ stomachs were filled with a warm, non-nutritious substance, their sleep increased just as much as it did when their stomachs were filled with warm milk!3 This suggests that perhaps peripheral nerves in the gut are sensing the expansion of the stomach itself, and signaling to the brain to increase sleep once the stomach reaches a certain level of “fullness”.

Stuffing your stomach with a large meal also causes your body to produce inflammatory proteins called cytokines, which are released into the bloodstream and eventually reach the brain. Two of these cytokines, interleukin-1 beta and tumor necrosis factor alpha, are known to regulate sleep. They do this by increasing the activity of sleep-promoting neurons in the brain, while simultaneously decreasing the activity of wake-promoting neurons in the brain.4 In this way, high levels of these proteins caused by eating a large meal actually bias your brain towards sleep.

It also appears that the specific nutritional makeup of a meal (things like protein, fats, sugars, etc.) can make us feel sleepy after eating them. Unlike the effects of meal size though, the effects that specific nutritional components have on postprandial sleep are a little less clear, with studies supporting a role for a number of components. One nutrient that appears to increase sleep is glucose, or sugar. Directly infusing glucose into a brain region involved in sleep called the ventrolateral preoptic area (VLPO), actually promotes sleep in mice. This seems to be caused by glucose binding to receptors on VLPO neurons, leading to an increase in their activity.5 When these VLPO neurons are more active they send signals to wake-promoting neurons throughout the brain, telling them to decrease their activity, ultimately causing you to fall asleep.

Interestingly, the fruit fly study mentioned earlier found that consuming meals high in sugar had no effect on the flies’ post-meal naps. Meals of equal volume but high in protein or salt however, led to increased postprandial sleep.2 Why protein and salt? One theory is that for many animals, including our ancestors, protein and salt were much harder to find than sugar (think about hunting or fishing versus picking fruit). Therefore, when they do get a chance to eat protein or salt, their bodies want to extract every last nutrient, which uses a lot of valuable energy. By napping after eating these foods, their bodies can more fully dedicate their energy to digesting the food rather than spending it on the many activities animals do when they are awake.

Although the neuroscience underlying food comas has greatly advanced over the past two decades, there is still so much to understand about what exactly triggers this phenomenon, and how all of the contributors discussed here interact with each other (and other, still unknown contributors!) to make us sleepy after we eat. So what does this mean for your holiday season? If you want to avoid postprandial sleep, try eating a smaller, more well-balanced meal. Or, indulge (it is the holidays after all!) and just make sure to beat the rest of your family to the prime couch spot and embrace that food coma.