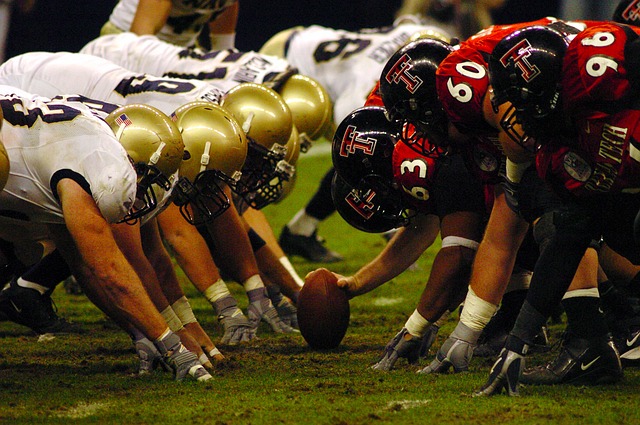 Another football season has come and gone, but Philly is nowhere near close to being done celebrating the Eagles Super Bowl LII win. As exciting as it is to watch our favorite team make a big play, it’s hard not to wince when we see (and hear!) those big helmet-to-helmet hits.  And while the NFL has worked to reduce this kind of contact, there is no denying that the sport can be dangerous.  Highlighting this observation are reports in recent years of many former players with brain damage, specifically something referred to as CTE.  But what exactly is it, and how is it different from other kinds of brain disease?

CTE—or chronic traumatic encephalopathy—is a disease that results in the breakdown of neurons in the brain due to repeated mild head injuries: think concussions, or even sub-concussive hits.  While CTE has been getting a lot of attention recently, it was actually first recognized in the 1920’s when it was called punch-drunk syndrome or dementia pugilistica, due to its discovery in boxers who had sustained repeated hits to the head.  There are several behavioral symptoms associated with the disease, including irritability, impulsivity, aggression, depression, short-term memory loss, heightened suicidality, and in later stages cognitive deficits and dementia1.  These symptoms can appear many years after the brain injuries have occurred, hence the term “chronic” in chronic traumatic encephalopathy.  But importantly, a person cannot be diagnosed with CTE while they are alive, as an autopsy of the brain is required.

During this autopsy, pathologists look for a few key characteristics.  Some changes in the brain are apparent with the naked eye.  For instance, in intermediate and advanced stages of CTE, parts of the brain are visibly smaller since many neurons have died by this point2 (Figure 1).

Other changes happen within the neurons themselves, and pathologists need to use microscopes to see them.  Within the axons of neurons are tube-forming proteins that act as a skeleton to structurally support these long thin processes (Figure 2).  These tubes need stabilizing themselves, which is the job of a protein called tau. In CTE (and some other neurodegenerative diseases), tau gets modified in such a way that makes it let go of the tubes it’s supporting, and instead clump together with other modified tau.  These tangles can be seen with certain dyes or other markers, and are the hallmark pathology of the disorder2.

So what makes CTE different from other degenerative diseases?

Other degenerative diseases also have tangles of tau, the most well-known of which is Alzheimer’s disease (AD).  So how are AD and CTE different?  A major difference is the location of the tau tangles within the brain.  In AD, tangles are found early and abundantly in a region of the brain called the hippocampus3.  This area is important for certain kinds of memory, which is why patients with AD have primarily memory issues.  In contrast, in CTE the tau tangles are found mainly in clusters in the cerebral cortex, particularly in the depths of the grooves of the brain (called sulci), and often around blood vessels2 (Figure 3).

These different patterns of tangle distribution are not the only distinguishing features between these two diseases.  Besides tau, other clumps of proteins are differentially involved in each disease (for instance, you may have heard of amyloid beta in AD).  AD often appears in people in their 60s, while CTE is seen earlier.  And not to mention, the clinical symptoms are not identical; AD primarily involves memory problems, while CTE involves problems with judgment, reasoning, impulse control, and aggression.

What are scientists doing next?

Interestingly, the criteria to diagnosis someone with CTE are still being nailed down4.  Panels of experts are meeting to determine what precise pathological features can be used to distinguish CTE from other neurodegenerative diseases.

Since identifying CTE currently requires a post-mortem examination of the brain, tools that could enable scientists and doctors to recognize the disease in living people would be extremely useful.  These tools might be markers that could be seen when imaging the brain through MRI or PET scans, or a substance that could be detected to indicate the presence of disease (termed a biomarker).  In fact, a recent study has found a potential biomarker in the blood that could reflect the presence of CTE.

In the meantime, scientists are still examining the brains of athletes, veterans, and others to really nail down what happens during the disease.  You may have heard of a headline-making study that detected CTE in 110 of 111 brains of former NFL players. The findings were a bit sensationalized; many families of the deceased players donated the brains precisely because they suspected their loved ones had CTE, so the extremely large occurrence may not reflect the true incidence in the league at large.  Nevertheless, these findings could have profound effects on players considering whether they want to risk their own safety or retire early.

How is the NFL taking this news?

Perhaps unsurprisingly, the NFL is not thrilled about these findings.  On one hand, they have tried to make the game safer by instituting rules to help reduce injuries to players and detect concussions if they do occur, and are reducing the amount of contact in their youth programs.  But on the other hand, this past July the NFL revoked millions of dollars funding they pledged to scientists studying the disease as not-so-flattering results started coming in (however, in early January the NFL announced they are reallocating the money to new programs).

The NFL also implemented new helmets this year that act like a car bumper to absorb and redistribute forces. Though new helmet technology may slow the impact of the head striking another object, a helmet cannot protect someone’s brain from bouncing against their skull, which is how concussions and other mild traumatic brain injuries happen in the first place.

So what can be done?

Going forward, scientists will try to figure out why some people develop CTE while others are spared, and whether anything can be done to slow or reverse tau tangle formation and neurodegeneration.  Hopefully these advances, along with efforts from the NFL to continue reducing the possibility of head trauma, will result in a safer game that can be enjoyed not just by the fans, but by the players as well.