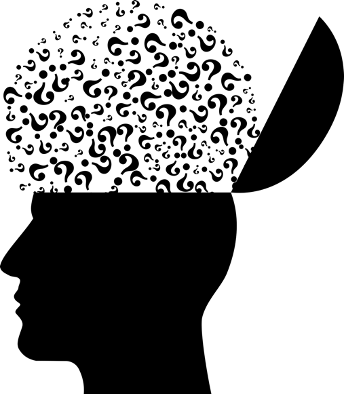 For centuries philosophers have pondered what gives humans our unique intellectual capabilities. First, they were challenged with the task of determining where this intelligence came from. It wasn’t immediately obvious that the brain was the seat of intelligence and Aristotle initially argued that the heart was the most critical organ. It was not until Hippocrates suggested the brain that scholars began to debate what each part of the brain was responsible for. Initially it was believed that the ventricles, fluid filled chambers in the brain, were the location of important neural functions. It was not until the 1600s that Thomas Willis pioneered our modern understanding that it is the substance of the brain, and not the ventricles, where important neural computations occur. Once this became widely accepted, the question of whether the size of a brain is what determines intelligence quickly followed. The answer is that it’s complicated.

First, we have to ask ourselves what we mean by size. Scientists call this operationalizing a variable. Operationalizing means taking the variable that we want to measure, in this case size, and deciding on a measurable quantity that can tell us about that variable. One simple measure of size is weight. However, elephants’ brains are 3 times heavier than humans’, so brain weight alone clearly cannot account for humans’ exceptional intellectual capabilities1. Given that the human body is also much smaller than the elephant body, maybe a better measurement would be the ratio of brain weight to body weight2. However, brain size and body size tend to increase together, and the human brain scales with body size in the same way as most other mammals and primates3.

If brain weight doesn’t capture what makes humans so intelligent, then how else might we measure brain size to answer this question? To address this issue, scientists decided to count the number of neurons in the brain. Since larger numbers of neurons would allow for more complex neural functions, they hypothesized that humans might have a uniquely large number of neurons underlying their intelligence. It would be impossible to count every neuron in the brain one at a time, but scientists came up with a clever way to circumvent this. By taking the brains of humans and other animals and dissolving them into a sort of brain “soup”, they were able to count the cells in a subsample of that soup and estimate how many there would be in the whole bowl.

With these experiments, scientists ruled out brain weight and number of neurons as the variables that could explain superior human intelligence. From here there are many different directions of inquiry into more complicated explanations, including examining how different types of cells, size of specific brain structures, and proportions of neurons dedicated to each structure in the brain compare across species. Scientists have explored several of these avenues of research, but pinpointing exactly what makes us special has remained difficult.

While we saw that operationalizing size was very complicated, operationalizing intelligence is also tricky, adding another layer of difficulty to the work of understanding human intelligence. Humans are uniquely capable of abstract thought and reasoning, but other animals are capable of things that humans aren’t and their brains are specialized in ways that reflect those other types of animal intelligence. Even comparing across humans it is difficult to define intelligence. Among other things, intelligence could mean the ability to solve puzzles, to communicate with other humans, or to think creatively, and most people will be better at some of these things than others. It is almost impossible to operationalize intelligence with a single quantifiable measure (e.g., IQ) because it’s so complicated and multifaceted.

Brain size also has a controversial history in studies of individual differences between humans, because scientists have tried to operationalize intelligence as brain size and made misguided comparisons that confirmed their own racist and sexist beliefs. Samuel George Morton attempted to use his collection of human skulls to measure the average brain size of different groups of people by filling the skulls with seed and then measuring the volume of seed to estimate the volume of that person’s brain. Without accounting for confounding variables like body size, he concluded that women and non-Caucasians were less intelligent than Caucasian men because they had smaller skulls and therefore smaller brains6. Upset by these conclusions, Alice Lee demonstrated how preposterous the idea that skull size could predict intelligence was by interrupting the all-male Anatomical Society meeting at Trinity College Dublin in 1898, measuring the heads of men in the audience, and demonstrating that some of these men of purported high intelligence had below average sized skulls7.

All of this goes to show that thinking hard about what we measure and why is critical to conducting rigorous science. This is especially true when conclusions are being made about historically marginalized groups who have frequently been hurt by poor or biased science. Science is always conducted in a broader social context defined by what groups are conducting the research and the beliefs that they bring into the lab. Luckily, we can learn from the mistakes of the past and avoid repeating them. Scientific research is more open and accessible today than it has ever been and scientific literacy and public awareness can help us avoid these mistakes. While we still have a long way to go, increasing diversity among scientists is also helping us to confront and ameliorate these problems. It is our duty as scientists and as citizens to use our exceptional human intelligence to think critically about these decisions and their consequences.