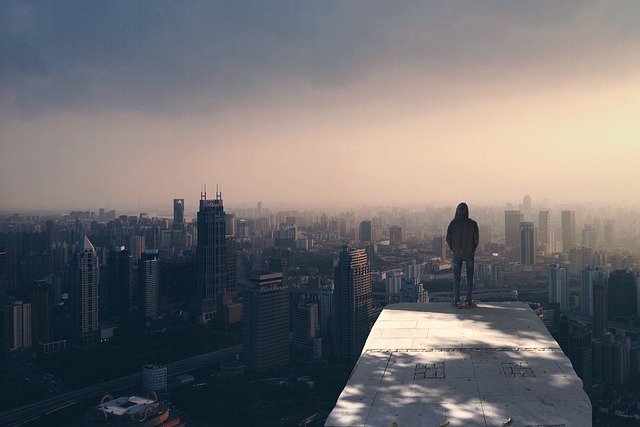 The last couple of weeks have been a distressing time. People have distanced themselves from the places they usually go in an effort to help the greater good. If you are reading this article from the future, hopefully this time of crisis has passed. However, at the moment the world is still grappling with a new reality: what to do when people are split apart. In less than a week, most people have been disconnected from their workplaces, schools, religious centers, friends, families, and some from their homes. The speed at which this has happened is almost unreal, and people worry about what they will do now that they have been cut off from each other. It is worth taking a step back to look at what happens to people when they are alone and try to think about what we can do about it. We can also try to understand why being together is important from a biological perspective.

It would be valid to call this time ‘stressful,’ but in biological terms, ‘stress’ has a specific meaning. A ‘stressor’ is anything that challenges the body’s natural state. A stressor is something physical or psychological that brings the body out of homeostasis, the state of balance in the body1. Stress is not inherently a bad thing. For example, feeling thirsty is considered a ‘stressor’ in biology since it is a signal that your body needs water to get back to homeostasis. Psychological stressors lead to responses that are just as real as those that are physical. For example, if you are on stage as the star of the show, the stress of performing will increase your heart rate and breathing in order to counter the perceived stress. The increased activity in the body is a result of the brain assessing the situation, then sending signals out to the body on how to respond. This can help you focus until you have finished your excellent performance. At that point, your body will return back to its normal state.

The trouble comes about when the stress is not a single night of performance, but extended and continuous. If a stress is considered to be ‘chronic,’ the body will respond to stress even when there is no danger present. The body can continue to respond to stressors for days, weeks, or months. While the body usually shuts down its own responses to stress, this does not happen for a person is experiencing chronic stress. Chronic stress can have many detriments, including a dampening of the immune system and changes to brain structure and function2. The changes in brain structure can contribute to the development of affective disorders, such as depression and anxiety.

In both people and animals, isolation is a source of chronic stress. In laboratories, most rodents are kept together in cages of several animals. When researchers socially isolate rodents, they develop memory problems, sleep disruptions, and anxiety-like and depressive-like symptoms. Their hormone levels change, and neurons change their activity and are not able to communicate as well1. Further illustrating the long-lasting effects of isolation, when scientists want to test how stresses early in life will affect outcomes later on, they often choose to socially isolate the animals. In people, social isolation and loneliness is associated with a higher risk of mortality3. Some researchers think that this is because social interaction promotes better behaviors, such as exercising and eating well. There is also some evidence that social isolation or loneliness may change the way people perceive social situations. They can show a greater sensitivity to the way people interact with them and to negative words4. It is clear that social isolation is a true source of stress for normally social creatures and can change the way that they interact with the world.

While social isolation can be a source of stress, humans are different from animals in that our ability to connect is not reliant solely on physical space. Humans are able to understand that it is not only physical space that connects us, but the bonds that we create. In a set of psychology experiments, researchers asked groups of participants to write about their stressful experiences, or to write letters of gratitude to people they felt they had not properly thanked5. The researchers had them write these letters over several sessions and tested their mental health status. What they found is that over time, the participants that wrote the letters of gratitude had improved mental health as compared to other groups. What is also interesting is that many of these people did not actually send these letters. It was the act of reflection and gratitude towards others that improved their own well-being. Even while alone and writing a letter by themselves, which they would send to no one, these people felt better because they knew they had a connection to another person.

These experiments are one example that being alone and loneliness are not the same thing. Although being alone is a fact, loneliness, also called ‘perceived social isolation’ in scientific terms, is about an individual’s perception of their situation6. Some people can have little contact with others and enjoy it, or even have a few close contacts and feel very connected. Others can have an extensive social network but feel alone. The negative consequences of isolation and the benefits of connectedness are partially biological, but also connected with human perspective. In this moment in history, people are being challenged to understand that their social isolation does not necessarily mean that they are alone.

Each person defines themselves in many contexts. They might be a student, they might have a job, they might have hobbies. A person can also define themselves as part of communities. A ‘community’ is defined in several different ways in the dictionary7. In one definition, it is ‘the people living in a common area’. However, other definitions of community are that of ‘a unified body of individuals’, ‘a body of persons in common within a larger society.’ By reaching out and connecting, the communities we create are real, if not in a physical space. This is the time to define the communities that are important in life. We can attempt to abate the stress of social isolation by building these bonds. Now more than ever is the time to bring people together, because no one should be lonely, even if they are alone.

One thought on “Alone, but not lonely”