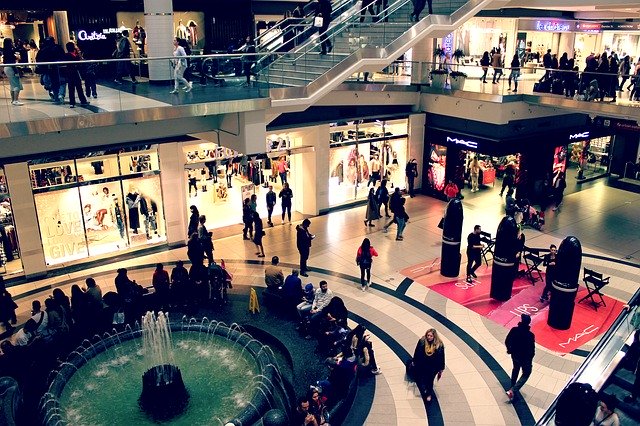 It’s right before the holiday season, which means for folks who live in cold parts of the world it is time to cozy up in warm blankets, drink hot cocoa, and gather together with their family. These warm and fuzzy feelings carry us all through the dark winter months. For many, this time of year also has a different sort of feeling—the need to shop.

The holidays are associated with shopping for gifts and gadgets of all kinds, and companies definitely notice. With sales and advertising, they do everything they can to separate people from their hard earned cash. Since these companies are trying to understand the people that are shopping in their stores, it makes a lot of sense that they would also try to understand the behaviors that drive people to buy more. Luckily for both companies and for researchers, shopping is a behavior that can be measured pretty easily, since money has a definite value and can be tracked along with spending habits. To figure out how to advertise to people, companies need to understand their customers. What is it that makes people want to shop? What are they attracted to?

There are several different aspects of shopping that have been studied using psychological and neuroscience techniques. Let’s say that you’re in the market for a nice new shirt to wear to one of the seemingly endless holiday parties you have at work. Since you have probably bought shirts before, you have a rough guess as to how much they will cost. When you walk into the mall, you find that anything that would be ‘nice’ is actually much more expensive than you anticipated. Is it worth the higher cost for that shirt? Researchers wanted to know what happens in the brain to make that decision.

In a study done on adults, researchers put subjects in a functional magnetic resonance imaging (fMRI) machine to see what parts of the brain are active while people make choices while shopping1. The researchers had the subjects do a task called SHOP, which stands for “Save Holdings Or Purchase”. Each subject was given $20 to keep or to spend on items that the scientists would show them. First, the researchers showed the subjects the items without prices so that they could see if the subjects liked the items. Next, they showed the subjects the objects with prices. Finally, the subjects were allowed to make a choice whether they wanted to buy the object or not. The subjects made all of these decisions inside of an fMRI machine so that the researchers could see which parts of their brains were active when they first saw an item, its price, and when they made their choice to purchase it or pass on it.

The researchers found that when a person was interested in possibly buying an item, a brain area called the nucleus accumbens was active. This region is associated with rewards and making decisions based on rewards. When people were shown the price of an item, the activity of a brain region associated with memory and decision making, the medial prefrontal cortex, was higher if the object had a high ‘price differential.’ That is what the researchers called the difference between what the subject was willing to pay and the actual price of the product. For example, if a subject believed that a chocolate bar was worth $2 and the price shown was $0.50 then that item had $1.50 of price differential. In that situation, it would be expected that the subject would buy the item and also that the medial prefrontal cortex would be more active than if the chocolate bar had actually cost $2. Finally, when people were shown prices and made their choices, a brain region called the insula was more active when people did not end up buying the item. The insula is associated with emotion, and sometimes, pain. These results showed the researchers that activity in the brain can reflect whether or not someone is going to buy something and how much they value that item in relation to what they believe it is worth.

If you are familiar with other fields of neuroscience, the nucleus accumbens and prefrontal cortex probably sound familiar in the context of a very different type of behavior: addiction. What do shopping and addiction have in common? They actually have some similarities, ones that companies can take advantage of to keep people buying.

One similarity is the involvement of dopamine, a neurochemical that is released to motivate people towards a reward. It can be released both when someone is expecting a reward and when someone gets an unexpected reward2. For example, if you walk into the store to buy that shirt and buy it for a price you like, then you’ll feel good about buying that shirt and maybe go back again for something else. If you’re expecting the shirt to be full price and then it is actually on sale, you’ll also feel rewarded because of this unexpected deal and you’ll feel good about buying it.

Companies know that humans like the feeling of buying something that they feel is ‘rewarding.’ That can include putting items on sale so that people feel they have unexpectedly found a great deal, even if that item was truly only worth the sale price. Items that are hidden away or left to chance, like grab bags or mystery boxes, can also give that same feeling of an unexpected reward which can lead to people buying a lot of them for the small chance that they find something that they really want. That’s part of the reason gift wrap is used; it enhances the item inside because it turns the object into an unexpected reward. The rewarding feeling can also result from how the store is designed. If customers feel as though they ‘found’ something by exploring the store, the item might seem even more valuable. It might initially feel annoying that to not find something in a store, but it feels very satisfying to finally find that item in an unexpected area. This can lead people to buy things when they normally wouldn’t, which is exactly what a company might want.

However, like other addictive behaviors, the ‘high’ of shopping becomes less effective the more it happens. This can lead people to shop more and more to get the same rewarding feeling they had when they bought something for the first time. In extreme cases, this can sometimes be classified as a clinical addiction called Compulsive Buying Behavior, or CBB3. Among scientists, this is sometimes compared to other behavioral addictions like gambling, since both are related to chasing that ‘high’ from their behavior.

For people who are already impulsive, the advertising strategy of using unexpected reward might be especially effective because they are already susceptible to other types of impulsivity. For example, children don’t have a fully developed decision making center in the prefrontal cortex yet, so they are more likely to follow what the reward center wants4. Some advertisers have taken advantage of the dopamine rush of hidden gifts and mysteries by promoting products that contain ‘surprises’ inside. The reward of finding something inside that is valuable will keep kids wanting even more.

Finding joy in shopping isn’t necessarily bad, and it can be fun to find that elusive shirt that looks nice and is priced well, but it is worth thinking about why things are being advertised in certain ways. While the brain might be designed to love impulsive shopping and good deals, that doesn’t always mean that something is truly needed or that a purchase is the right one.