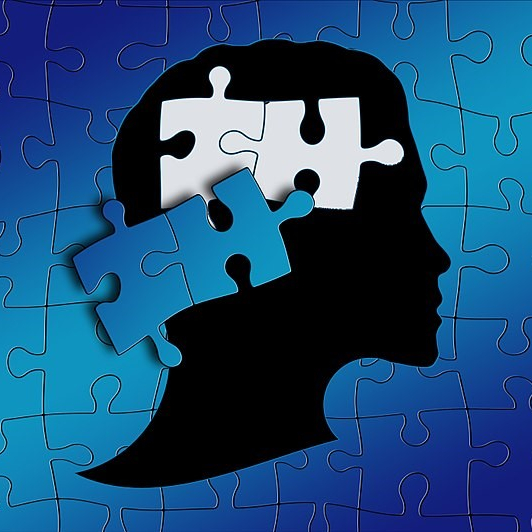 It’s often easy to forget just how complicated day-to-day tasks are for our brains. Take throwing a ball to someone, for example. For people without disability, this occurs somewhat automatically. Even if the throw is not perfect, the ball tends to go in the right direction and about the right distance. When you think about it though, the brain has to make extremely complicated calculations to throw that ball. It has to determine which angle in space the ball should be thrown, how much force is needed to get the ball to its target (which depends on arm strength, the weight of the ball, external factors like wind, etc.), and what kind of arc is needed. All these calculations result in tiny changes in muscles throughout the body that result in an accurate throw. Reading is another extremely complicated task for the brain. For most people who learn to read, the hard labor done by the brain happens subconsciously and therefore seems effortless, similar to throwing a ball. However, for about 10% of the US population, reading is significantly more challenging. Here we will discuss how the brain’s “reading network” is disrupted in dyslexia and how neuroscience research may help to predict difficulty reading in children.

As mentioned, reading requires many cognitive processes that are learned and practiced when children begin reading. First, written letters have to be associated with sounds, or phonemes. Then, these phonemes need to be accessed and manipulated to make words. To read aloud, these representations need to be rapidly converted to spoken words. These words then need to be fluently read together as part of a sentence. Finally, the meaning of the words and sentence has to be extrapolated and put into context with other sentences.

Since reading is such a cognitively demanding task, it is not surprising that functional magnetic resonance (fMRI) studies have found many brain regions that are active specifically when people read words. These structures can be thought of as “the reading network.” The network includes the inferior frontal gyrus and the inferior parietal area which are connected by a “highway”: the arcuate fasciculus. Another important area is the fusiform gyrus, which is important for recognizing words1. Since this network is activated during reading, it is believed to be important in all the cognitive processes discussed above that make reading possible. In fact, the activity of these regions seems to develop as children learn to read, further supporting this notion1. Could these regions give us insight into the neurobiology of reading difficulty?

Differences in reading network activation in children and adults with dyslexia

Individuals with dyslexia have trouble accurately or fluently recognizing and/or spelling words. These deficits develop despite having proper instruction, intelligence, and sensory abilities. This means that the difficulties people with dyslexia have are very specific to language. Experts have developed tasks that specifically test individual cognitive processes that are required for reading. Such tasks show that most individuals with dyslexia are able to make the associations between letters and phonemes, but struggle to access and manipulate them to form words2. This led scientists to hypothesize that there may be differences in the reading network of people with dyslexia that could explain the language deficits. Indeed, most imaging studies reveal decreased activation of one or more of the regions or connections between regions in the reading network in people with dyslexia compared to controls without dyslexia1. It’s important to note that these studies are comparing differences in activation in response to words. The regions are still activated, but less so than in control subjects.

Another important point to consider is the control group itself. In most imaging studies, control groups are composed of individuals of the same age as the experimental group (age-matched) to ensure that differences between groups are not due to age. However, individuals with dyslexia tend to, on average, read less than those without dyslexia. By comparing them to people of the same age, therefore, it is possible that the differences observed in the brain are not a cause of reading difficulties, but rather a consequence of reading less over time.

To address this, many studies add another control group: people who are matched for their reading ability (ability-matched). This group is younger than the experimental group with dyslexia, but scored similarly on reading tests. One study compared age-matched adolescents with and without dyslexia and found many differences between them, including some regions that showed heightened activity in the experimental group compared to the control group. When the same group was compared to the ability-matched group, however, only the decreased activity in the left parietal region and the fusiform areas (parts of the reading network) were significantly different. This suggests that the other differences observed in the age-matched controls were likely due to differences in reading ability, rather than dyslexia itself3.

Studies like these have identified regions that are likely critical in the development of dyslexia. In the treatment of dyslexia, however, early intervention is key. Can research be used to identify reading difficulties before children actually learn to read?

Can we predict dyslexia?

The ability to predict reading difficulty before children learn to read can go a long way in helping children progress and not fall behind their peers. How can we study dyslexia, though, before children learn to read? As previously mentioned, scientists have developed tasks that identify strengths and weaknesses in cognitive processes that are critical for learning. Importantly, some of these tasks do not require reading at all. They can be administered to children before they learn to read, and in some cases have even been adapted for use in infants!

One such task, the mismatch negativity (MMN) task, measures the neural response to an unexpected sound. For example, a child will hear the sound “ba” repeated over and over. The “ba” sound will randomly and infrequently be replaced by the sound “ma.” Overall brain activity changes in response to the unexpected sound, and that change in response is measured using electroencephalography (EEG). The change in response to the unexpected sound on such a task early in life tends to correlate with later reading ability. Dyslexia is partially heritable, meaning that people with family members with dyslexia are more likely to develop reading difficulties themselves. One group measured the responses of infants who were at risk for developing dyslexia in the MMN task. They then followed the same group of children as they developed, and tested their reading ability in second grade. They found that the children who were not fluent readers in second grade had not shown a response to the unexpected sound during the MMN task when they were infants. The children who were fluent readers in second grade, however, did respond to the unexpected sound4. Imaging studies also suggest that the volume of the regions and connections in the reading network is decreased in children with family history of dyslexia1. Studies like these are critical as they suggest we may be able to use biological markers to predict later development of reading difficulty.

Reading is a cognitively demanding task that requires the coordination of activity in a network of brain regions. In people that have difficulty accurately or fluently reading, this network appears to be less active. Several groups have identified risk factors for developing dyslexia, however, in the hopes of being able to predict who will need interventions. This work highlights the importance of understanding the biological basis of dyslexia and other developmental learning disabilities.