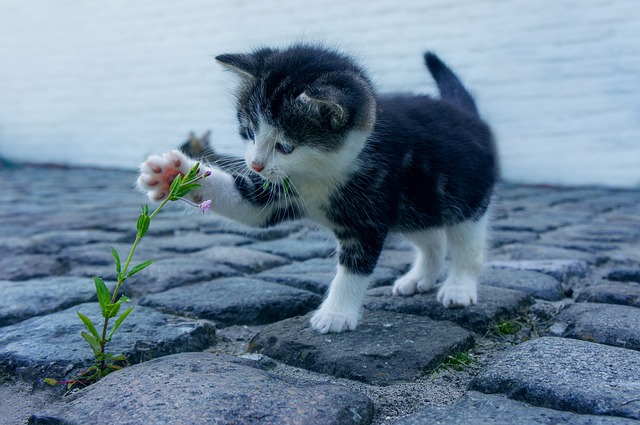 You all know the saying: curiosity killed the cat. This phrase gets pulled out most often when you’re trying to stop the toddler you’re babysitting from climbing onto the table to see what’s on top. But the second half of the proverb sometimes gets forgotten: but satisfaction brought it back. Ultimately, curiosity is the way that young people and animals learn about the world around them. Seeking out novel experiences and information allows people continue to learn and grow. Curiosity is essential for development throughout the lifespan, but what really is curiosity? And how do our brains keep us curious?

Why do we have curiosity?

At its core, curiosity is a desire to know or learn something1. Curiosity helps to drive development by prompting humans and animals to explore and learn about new environments and experiences. Evolutionarily, curiosity promotes survival by driving animals to explore new surroundings where they might find food and other resources. But curiosity extends beyond a way to meet basic needs of food, water, mates, and shelter into something broader: a drive for information.

Like humans, animals are curious and display behaviors of gaining information for its own sake. Rodents move around to explore unfamiliar spaces and objects. Chimpanzees like to do puzzles, even when they aren’t being rewarded with something external like food. These behaviors indicate that curiosity is conserved across species and fulfills a fundamental role in learning.

Human babies are also highly curious. Infants spend the most time looking at things in their environments that provide the most information—new things that they haven’t seen before, things that are moving, and faces that contain emotional information. It’s efficient for babies to use their energy and attention to gather the most information about the world around them.

Curiosity in the brain

Humans continue to be curious throughout their lifetimes. You’ve probably experienced it: you hear about a fascinating topic that you don’t know much about and you want to know more. Maybe you watch a TED talk, read an article, or google some questions. As you learn more, your curiosity is satisfied.

Systems in the brain help to promote this curiosity and exploration of new information. In one study, researchers used functional magnetic resonance imaging (fMRI) to look at which areas of the brain are involved in the induction of curiosity2. They showed people blurry pictures of common objects, which participants rated as piquing their curiosity. Two areas of the brain involved in deciding what to pay attention to, the anterior insula and the anterior cingulate cortex, were activated in response to these intriguing images. These areas are also involved in processing negative emotional experiences, supporting the idea that a feeling of uncertainty and wanting to know more can be unpleasant.

The researchers then looked at what happens in the brain when curiosity is satisfied. When the blurry picture was replaced with one in focus, the striatum was activated. This area is highly involved in reward processing and learning from reward, and its activation during this part of the task indicates that resolution of curiosity recruits the same neural circuitry as other types of rewards.

In a different study, participants read trivia questions and rated their level of curiosity about each question while they were in the fMRI scanner3. Brain regions such as the caudate and inferior frontal gyrus were associated with high levels of curiosity about the questions. These regions have been associated with the anticipation of reward and suggest that when you are curious about something, you expect that it will be rewarding to learn the answer. Participants also had greater activation in brain regions that encode memory when they were very curious but guessed incorrectly. This suggests that curiosity helps to facilitate memory, especially when you are surprised by what you find.

These are just a few examples of studies that have probed curiosity in the human brain. Identifying brain regions that are involved in promoting curiosity helps scientists pinpoint which neural circuits and molecular systems are responsible for these behaviors. For example, the striatum, which was found to be activated when curiosity is satisfied, primarily receives signals from other brain regions using a neurotransmitter called dopamine. To look more specifically at the involvement of dopamine circuitry in curiosity, scientists can look at the role of these molecules in animal models.

For instance, in one study, macaque monkeys were trained to perform a decision-making task that included deciding whether to look at novel or familiar images that each sometimes led to the monkey getting a juice reward4. When the monkeys were given a drug that blocks the transport of dopamine, which allows more dopamine to be available for signaling in the brain, they had greater preference for new over familiar pictures. This suggests that dopamine signaling is involved in choosing to explore new situations.

Dopamine is also the main neurotransmitter involved in reward processing and reward learning. In macaque monkeys, dopamine neurons encode the rewarding nature of gaining information5. Macaques were trained in a task where they could choose to receive advanced information about a future reward. Researchers recorded the rate of activity in dopamine neurons and found that these neurons are highly responsive to the informational cues, indicating that acquiring information and resolving uncertainty about the future is rewarding.

Another neural signaling molecule, oxytocin, also plays a role in fostering curiosity related to social situations. Typically young rats are curious about new individuals and prefer to interact with other rats that are unfamiliar to them rather than with rats that live in their own cages. However, when a drug that blocks oxytocin from binding to its receptors is injected into part of the brain called the nucleus accumbens (a part of the striatum associated with motivated behaviors and reward) these young rats no longer show a preference for interacting with unfamiliar rats. This suggests that oxytocin is typically involved in promoting this type of social curiosity6.

Together, these types of studies help to paint a picture of what is going on in the brain when we experience curiosity and when we find the answers we’re interested in.

As with all personality traits, different people have different levels of curiosity. You probably have a good sense of whether you’re a particularly curious person or not. In many ways, curiosity is a positive force, driving people to ask questions and learn about the world around them. Sometimes, though, curiosity gets the better of people and leads to negative exploratory behaviors. For example, high levels of curiosity and novelty seeking have been associated with experimenting with cigarettes, drinking excessive amounts of alcohol, and gambling too much. On the other hand, too little curiosity can also be a bad thing. Apathy and lack of curiosity are often debilitating symptoms of depression and other psychiatric disorders.

While too much or too little curiosity might lead to problems for people, high levels of curiosity are associated with better performance at school and on the job. The Harvard Business Review recently extolled the benefits of curiosity for a successful and innovative workplace.

Given the benefits of a healthy amount of curiosity, you might be wondering – is it possible to increase your curiosity? Research suggests that practicing mindful meditation is one way to boost levels of curiosity about yourself and the world around you7,8. And if you’re still curious, a quick internet search reveals many tips for ways to cultivate curiosity in your life.

One thought on “Curious about Curiosity”