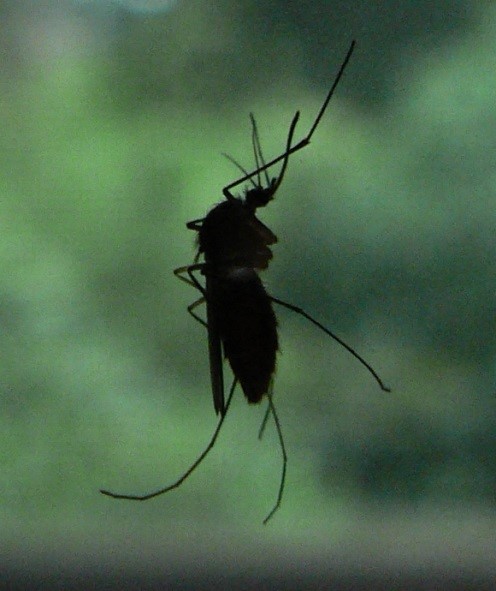 Mosquito season may be winding down in much of the United States, but just because these annoying pests are gone, doesn’t mean they can’t have lingering effects.  Besides causing irritating itchy bumps, mosquitos can also transmit dangerous viruses.  West Nile virus has spread throughout the US in recent decades, while Zika virus sent the world into a panic just a few years ago, with outbreaks still ongoing.  Often infected individuals don’t have any symptoms, but sometimes people can get very sick.  In addition to an immediate illness, West Nile, Zika, and other flaviviruses can cause long-term cognitive and neurological problems.  Impairments in memory, cognition, and movement can not only persist but can even worsen for years after recovery from the brain and spinal cord inflammation caused by the virus1,2.

A cause of these cognitive issues was recently revealed by a group from Washington University in St. Louis3.  They thought learning and memory problems could be caused by two types of immune cells, one from within the brain and one from outside the brain, working together. For a long time, the brain was thought to be isolated from the rest of the body’s immune system.  It has its own resident population of cells called microglia, which eat up dead cells and other debris.  However, scientists now know that immune cells from the periphery can enter the brain.  One type is T cells, which can either destroy the invading agents (cytotoxic T cells), or help activate other immune cells (helper T cells).  T cells can also interact with microglia, and the two cell types can actually influence one another’s behavior4. While it is known that T cells can remain in the brain after an infection is wiped out5, until now it was unclear what that meant for other brain cells and behavior.

To start, the team developed a new model of recovery from Zika virus in adult mice. They compared this model with an already established model of West Nile virus recovery, to see if the two viruses worked in different ways to achieve the same cognitive issues.  Both viruses infected fully-grown neurons, but there was some evidence that Zika may also infect neurons that are still maturing.  What’s more, the viruses seemed to target different regions of the brain.  West Nile was found throughout the brain, while Zika was found mostly in the hippocampus, an area essential for learning and memory.  In fact, mice recovering from infection with either virus displayed problems with a spatial learning behavioral task that depends on proper functioning of the hippocampus.

Since both viruses were found in the hippocampus, and since this region is an important structure underlying the cognitive behaviors that can be impaired during recovery, the researchers focused their investigation on this brain area.  They found large numbers of cytotoxic T cells in the hippocampus both during infection and during recovery, even 1 month after the virus had been cleared from the brain.  These T cells produce something called interferon-gamma (INF-γ), a protein that signals to other cells to enhance the immune response.

One of these other cell types is microglia, which the scientists found in a reactive state close to the T cells.  In addition to gobbling up debris and dead cells, microglia also play an important role in regulating the connections between neurons, called synapses.  They can “prune” or eliminate connections that are no longer needed (Figure 1).  However, in animals recovering from viral infection, these microglia also destroyed essential synapses in the hippocampus.  In animals infected with West Nile, the microglia targeted the part of the neurons that sends information to another cell (called presynaptic terminals), while in animals infected with Zika, the microglia targeted the part of the neuron that received incoming information from another cell (called postsynaptic terminals).  Combining this information with the observation that Zika-infected animals also displayed evidence of neuronal death suggests that the two viruses might work through slightly different means to produce cognitive problems.

Despite the differences in cell death and which part of the synapse was destroyed, both viral infections still had a few things in common: IFN-γ-producing T cells, and activated microglia.  What would happen if scientists got rid of the receptor that allows cells to detect IFN-γ?  In mice recovering from West Nile virus infection, animals without the receptor did not show any synapse elimination.  During recovery from Zika virus infection, mice missing the IFN-γ receptor had fewer neurons die, and while synapses were still lost, they came back by around 50 days post-infection. The cognitive problems disappeared as well; infected animals no longer had trouble with the spatial learning behavior task.  Even when the researchers removed the IFN-γ receptor only from microglia cells and only after the viruses had already been cleared from the brain, they saw the same results: no loss of synapses or neurons, and no learning issues.

Together, these results suggest that IFN-γ produced from T cells residing in the brain long after the viruses have been removed can activate microglia, causing them to destroy synapses in the hippocampus and leading to learning and memory problems.  These findings have the potential to not only help doctors and scientists develop treatments for cognitive problems due to flaviviruses, but may also be used to help develop treatments for other memory disorders.  For instance, some of the symptoms associated with Alzheimer’s disease are also connected to cell loss or synapse elimination in the hippocampus6, and viral infections and brain-resident T cells have recently been detected in patients with the disease7,8.  Hopefully, treatments for the many diseases affecting learning and memory will be discovered based on the interactions between T cells and microglia uncovered in this recent study.