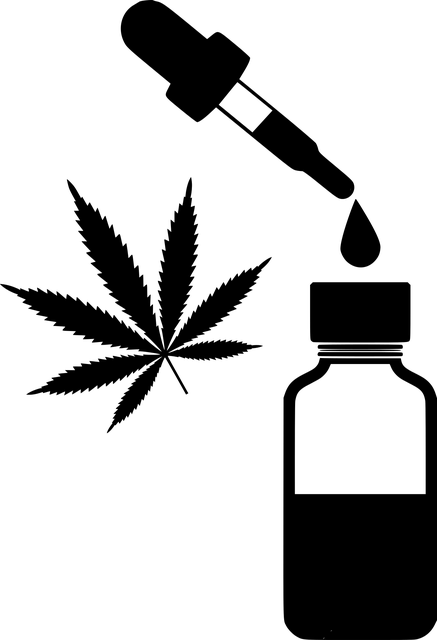 A certain chemical compound has been getting a lot of media attention and cropping up in all kinds of trendy products. CBD, which stands for cannabidiol, is currently being sold in the form of oils, salves, gummies, and baked goods that claim to help with anxiety, pain, insomnia, and a myriad of other ailments. While most of the purported benefits of this compound found in cannabis haven’t been proven by scientists, CBD was recently approved by the FDA for a specific use: treatment of two rare forms of epilepsy.

Cannabidiol (CBD) is one of many varieties of compounds called cannabinoids that are found in cannabis and hemp. THC is another cannabinoid that is responsible for creating the high associated with marijuana.

Both compounds act on a set of receptors referred to as the endocannabinoid system. This system responds to cannabinoids that are produced within the body. The two main endocannabinoids, which act as neurotransmitters that help pass information from one neuron to the next, are called anandamine (AEA) and 2-arachidonoyl-glyceral (2-AG). These neurotransmitters are lipids, or fats, and have been linked to changes in emotional state, including feelings like a “runners high” 1. Endocannabinoids bind to two types of receptors: cannabinoid 1 (CB1) receptors, found primarily in the brain, and cannabinoid 2 (CB2) receptors, found in the peripheral immune system including the spleen, lymph nodes, and microglia2.

These receptors can also be activated by external cannabinoids like THC that are introduced into the body when someone consumes or smokes cannabis. However, despite having a molecular structure similar to THC, CBD does not produce a psychoactive high. Why is this? THC binds strongly to CB1 receptors, leading to many of the effects related to a high, including changes in memory and cognition (Figure 1a). CBD, on the other hand, does not bind to the active site on CB1 receptors. Instead, CBD is thought to interfere with the receptor at a different site, which prevents THC from binding and producing a high (Figure 1b). CBD’s ability to produce desired therapeutic effects while not altering the mental state adds to its appeal as a treatment option.

If CBD doesn’t achieve its effects by binding to the main endocannabinoid receptors, what does it do in the brain? The diverse mechanisms of CBD’s effects on the brain are still being discovered, but some of CBD’s targets have been identified. Many of these targets are ion channels, gate-like proteins in the membrane of a neuron that can be opened to allow ions to enter the cell. This flow of charged ions creates electrical signals, called action potentials, that transmit information to other neurons. The opening and closing of ion channels can be regulated by changes in electrical signaling of nearby neurons and by interactions with chemical signals like neurotransmitters and drugs.

One type of ion channel that is altered by CBD is the voltage-gated sodium channel (Figure 2). These channels are opened when the electrical voltage at the membrane increases, such as in response to a signal from another neuron. When the voltage-gated sodium channel opens, sodium ions can enter the neuron, leading the cell to produce an action potential that sends the information on to other neurons. CBD has been shown to decrease signaling through these channels, providing one mechanism by which it might produce an anti-seizure effect (seizures occur when there is too much activity in the brain)3. However, CBD does not directly bind to or block the channels, suggesting that it may be inactivating the channel indirectly by altering the properties of the membrane or helping the channel to remain in an inactive state4. Additionally, this type of sodium channel is often genetically mutated in severe types of epilepsy, making it a likely potential target by which CBD achieves anticonvulsant effects5.

CBD first gained interest as a potential treatment for epilepsy when parents who were desperate for treatments for their children discovered that strains of marijuana with high levels of CBD seemed to reduce seizures. One of the most well-known cases is Charlotte Figi, whose frequent seizures were greatly improved by taking a cannabis oil high in CBD and low in THC. This strain of cannabis has since been termed “Charlotte’s Web” 6.

About a year ago, the FDA approved the first medical CBD drug. The drug, called Epidiolex, is approved to treat two rare and serious types of epilepsy: Dravet syndrome and Lennox-Gastuat syndrome. These diseases belong to a class of childhood epilepsies called developmental and epileptic encephalopathies, which are associated with frequent seizures as well as cognitive and behavioral impairments.

One of the first steps in developing and approving a new drug is learning about how it works by studying its effects in preclinical animal models. Scientists found that when animals are given CBD, it becomes harder to induce seizures. With increased amount of CBD given, the protection from seizures also increases, providing further evidence that CBD can help to prevent seizures7.

Researchers also learn about potential treatments by studying animal models that exhibit symptoms like those in Dravet syndrome. Dravet syndrome in people is often caused by a genetic variant in the SCN1A gene, which encodes for the voltage-gated sodium channel (the same one described above that is a target of CBD). Scientists can disable the SCN1A gene in mice, producing animals that have seizure symptoms similar to patients with Dravet syndrome. When these animals were treated with CBD, the severity and frequency of their seizures was reduced8.

Once a drug has been tested in animals and shows promising effects for treatment, it must be tested for safety and efficacy in humans through a series of clinical trials. In an open-label CBD trial, patients with treatment-resistant Dravet syndrome had a median 36% reduction in motor seizure frequency while taking CBD9. In another study, CBD led to a greater reduction in seizure frequency compared to a placebo, with patients who received CBD having greater than 50% reduction in seizures on average10. 5 percent of patients in this study even became completely seizure-free while taking CBD. In these studies, patients taking CBD reported some side effects including nausea and diarrhea but CBD was generally well-tolerated. The results of these studies led to the FDA approving CBD as a treatment for these Dravet syndome and Lennox-Gastuat syndrome.

What’s next for CBD?

Epidiolex offers a new treatment option to those who are suffering from severe seizure disorders. Right now, the efficacy of CBD for other ailments, including many mentioned by commercial CBD products, has not been thoroughly tested. However, research into potential benefits of CBD is ongoing, including studies on CBD’s effects relating to Alzheimer’s disease11 and rheumatoid arthritis12. Eventually, approved CBD-based therapeutics may provide a new way to treat a variety of diseases and disorders.

Figure 1 and Figure 2 made with BioRender