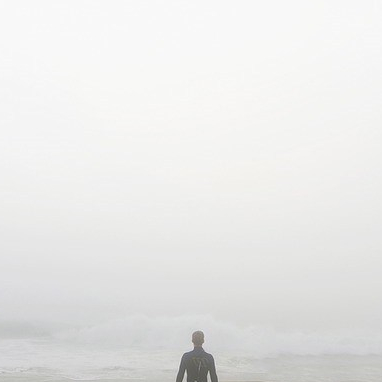 Chances are you or someone you know has been diagnosed with cancer.  Over 15.5 million Americans alone are cancer survivors as of 2016, with more than 1.7 million new cancer cases predicted to be diagnosed in 20191.  Although more people than ever before are beating cancer, many survivors report long-term thinking and memory problems after treatment.  This chemotherapy-related cognitive impairment, commonly called chemo-brain or chemo-fog, can include things like difficulty concentrating or finding the right word, short attention span, difficulty multitasking, and trouble with short-term memory2.

What could be causing these problems?  Brain imaging studies have shown decreased gray matter—the parts of the brain where neuron cell bodies reside—in cancer patients exposed to chemotherapy, as well as reduced activation of certain brain regions while performing cognitive tasks.  But there’s more to the brain than just neurons.  There also appear to be changes in white matter3—the parts of the brain consisting of neuronal axons connecting different regions of gray matter to each other.  The term “white matter” comes from the fact that these connections are wrapped in a fatty sheath called myelin (Figure 1), which appears white.  Myelin acts as an insulator that helps speed up the rate that a signal can be transmitted from one end of a neuron to the other, making communication between neurons faster.

This insulation is produced from specialized cells called oligodendrocytes.  The process by which oligodendrocytes wrap around neurons (myelination) lasts throughout life.  The majority of myelination occurs during the first 30 years of life, but most prominently in childhood.  Myelination is associated with better cognition, learning, and memory4, all areas that people struggle with after chemotherapy.  What’s more, the cells that develop into oligodendrocytes are known to be very sensitive to chemotherapeutic agents5; most cancer drugs try to halt cell division to prevent tumors from growing, but as a side effect also prevent the normal division of healthy cells.  Because of these links, researchers decided to look at the relationship between a common chemotherapy agent and oligodendrocyte precursor cells6.

In a paper published earlier this year, scientists from Stanford reported that they found decreased oligodendrocyte precursor cells (OPCs) in the brains of children and young adults who had been treated with multi-agent chemotherapy compared to children and young-adults who hadn’t been exposed to any chemotherapy.  To figure out what might be causing this decrease, the researchers developed a mouse model of juvenile high-dose chemotherapy exposure.  They focused on one particular drug, methotrexate, which they administered to mice weekly for 3 consecutive weeks at a dose that mimicked concentrations that actual patients would receive.  One month after the treatment ended, they found a similar depletion of OPCs in the methotrexate-treated mice as they saw in humans.  What’s more, they saw that more OPCs had begun to develop into oligodendrocytes, but they never quite reached the full, mature stage.  Remarkably, this disruption in oligodendrocyte maturation was still present 6 months after treatment had ended!

Along with the increased but incomplete development of oligodendrocytes, the thickness of the myelin that wraps around axons was decreased in the methotrexate-exposed animals.  What’s more, these changes were reflected in behavioral deficits like those observed in people experiencing chemo-brain.  For instance, when researchers examined a task that depends on attention and short-term memory, they found that animals receiving methotrexate performed poorly both one and six months after treatment had ended.

Now that the scientists had an animal model that reproduced the cellular and behavioral changes associated with chemotherapy in humans (including the long-term effects), they could start to examine what might be causing these changes to oligodendrocytes and their precursors.  To see if methotrexate was somehow affecting the oligodendrocyte’s environment, they transplanted OPCs from mice that had never received treatment into mice that had received methotrexate one month prior.  Remarkably, ten days later they saw that most of the transplanted OPCs had accelerated their development into oligodendrocytes, just like the original OPCs in the chemotherapy-treated mice.  This result suggested that methotrexate was not just directly blocking the maturation of oligodendrocytes, but instead setting off a long-lasting change in the environment to disrupt their normal development.

But what could be changing?  Researchers had a hunch that another type of brain cell called microglia might be the culprit.  It was already known that these resident immune cells can alter precursor cells when they’re activated7,8.  And when scientists looked at the brains of the methotrexate-treated mice one month after exposure ended, they found increased activated microglia.  So to see if microglia were necessary for chemotherapy-induced changes in OPCs, three days after the end of methotrexate treatment, mice were given a drug that depletes microglia daily until the mice had reached one month after the completion of methotrexate treatment.  At this time, 70-80% of the microglia were gone from the corpus callosum, a white matter region rich in myelinated axons.  The microglia depletion normalized the OPC maturation process and myelin thickness.  Amazingly, it even rescued the short-term memory and attention behavioral deficits that were observed in mice given only methotrexate!

This finding that microglia depletion can rescue some chemotherapy-associated problems has the potential to lead to exciting new treatments to prevent chemo-brain.  However, the timing of the depletion (during or after chemotherapy) will need to be extensively studies in different types of cancers, as the ideal time of deplete microglia might varying depending on the type of tumor.  Additionally, microglia depletion might not work to prevent chemo-brain for all cancer treatments.  For instance, while methotrexate and radiation are known to activate microglia, other drugs such as cisplatin and 5-fluorouracil are not associated with microglial inflammation.  Nevertheless, this study shines important light on the non-neuronal contribution to chemo-brain, which can hopefully be used to create new therapies to remedy the long-term consequences of chemotherapy.